Archive for the ‘Blogging’ Category 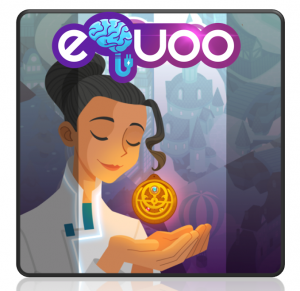 As I mentioned in a previous post, I wrote the scripts for a mobile game called eQuoo: The Next Generation: Lodestar. The game is available now on Google Play and the iOs App Store.

Each story in eQuoo: TNG takes place in a different historical era. When you play the game, you jump from century to century thanks to a portable time travel device called the Dial. And your mentor and guide in the game is a mysterious woman named Joy, who’s a member of the Lodestars, the secret order of time-jumping adventurers whose ranks you join when you first enter the game.

But who is Joy, really? What’s her origin story? And what’s the origin story behind the Dial? When was it first created? Who invented it? 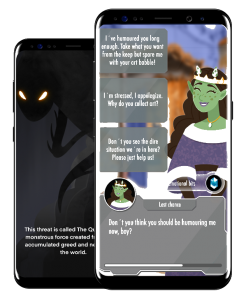 Oh, and one more thing: the “Lodestar Lore” blog post and THIS blog post you’re currently reading were both illustrated by the game’s super-talented lead artist, Celia Rodriguez.