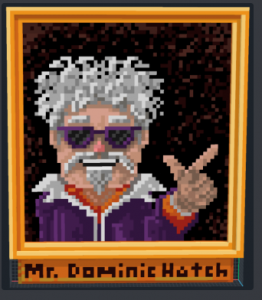 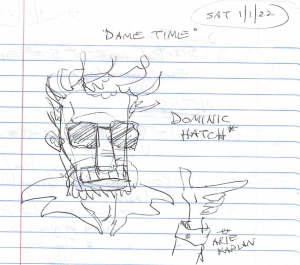 Here’s a brief description of the game, from the home page of the official Dame Time: Ogden website:

“Play as basketball superstar Damian Lillard as his adventures unfold in the metaverse. In Dame Time: Ogden, the adventure revolves around Damian’s time at his alma mater, and chronicles his run ins with the enigmatic Whisperer, who is intent on troubling Damian as much as possible! With the help of the Clockmaker and your demon friend, Anzu, you must solve puzzles, complete challenging parkour, and fight a slew of enemies as you learn about the mysterious L12 organization, and get to the bottom of The Whisperer’s plots!”

I spent several months working on Dame Time: Ogden with the development team at MetaVenture Studios, the gaming division of Grow Your Base. I’m really proud of the game we made. And I can’t wait for you to meet Damian Lillard (the video game version), as well as The Clockmaker, Anzu, The Whisperer, and all of the other characters in this game. But this game isn’t just rich in characters, it’s rich in concepts and lore. Want to learn what the omnipresent L12 corporation is up to? Only one way to find out: play the game!

Oh, and just in case you haven’t seen it yet, here’s the trailer for Dame Time: Ogden:

If you want to learn more about The Sandbox Alpha Season 3, click HERE.

Whose Yacht Is This Anyway? 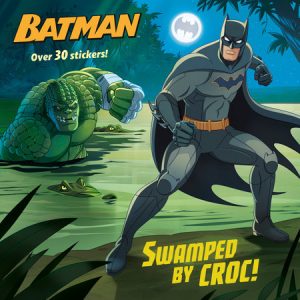 It’s Batman Day! So I’m going to share a Batman story. Or more accurately, a story ABOUT a Batman story. See, I wrote a Batman children’s book called Swamped by Croc, which was published by Penguin Random House in January of this year. In Swamped by Croc,* Killer Croc robs a bank and escapes into the sewers. Batman chases him, and this leads to an epic showdown in the swamp, right in front of Killer Croc’s ramshackle house. But if you look at the last two pages of the story, you’ll see a yacht floating in the bog not far from Croc’s abode. Why is that boat there? Who does it belong to?

Well, in early drafts of the manuscript, the following words were written on the hull of the yacht: “Property of Bruce Wayne.” ** Yup, this was originally going to be Bruce Wayne’s yacht! The idea was going to be that Croc had stolen it at some point in the past, and as Batman apprehends Croc and tries to retrieve the money from the bank heist, he would acknowledge that his reptilian foe has his missing boat. This was going to be the final page of text:

“You’re going to Arkham, and this money’s going back to the bank,” the Caped Crusader said. Then he chuckled and added, “And this boat’s going back to its rightful owner.”

Anyway, that was supposed to add a nice little wrinkle at the end of the story; not only does Batman defeat Croc and intercept the money the venomous villain has stolen from the bank, the Dark Knight accidentally stumbles upon something Croc stole from him personally.

But in the final version of the book, there are no words written on the hull of the yacht. Why not? Well, there was just no room for verbiage or signage anywhere on that boat. Nothing that the reader would be able to see or make out with any clarity, anyway. The yacht was too far in the background for that. So the idea that the boat belonged to Bruce Wayne had to be dropped. And I changed the text on the final page of the book. Now, this is what it said on that page:

“The money’s going back to the bank,” said the Caped Crusader. “And the Gotham City Swamp is going to be a much safer place while you’re in jail.”

And please don’t misunderstand. I’m not complaining that the final page had to be changed. I think it was necessary in this case. I’m really happy with the final version of the book, even though the yacht is relegated to just a random piece of scenery in the background. Sometimes, that happens when you’re telling a story. You don’t always have the room for every little plot twist or ironic touch you originally wanted to include. And that’s okay, as long as the really important story beats and character moments make it into the narrative. In the end, the yacht belonging to Bruce Wayne is not that important to the telling of this tale. It’s a relatively minor detail, so it’s something I could live without.

Besides, Bruce Wayne’s so rich, if one of his yachts went missing, I don’t even know if he’d notice!

* I should mention that Swamped by Croc is not the first Batman children’s book I wrote. That would be Harley at Bat, which was also published by Penguin Random House. 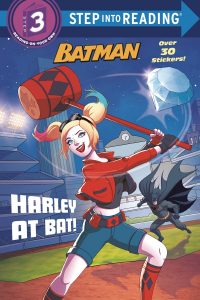 ** The idea that the hull of the yacht is emblazoned with the words “Property of Bruce Wayne” is not something that ever appeared in the text for this book. Instead, it appeared in the manuscript’s art notes, which are the notes I always include alongside the text as instructions for what the illustrators should draw on each page of the story. The art notes for a book are like the stage directions or scene descriptions in a stage play or screenplay. They’re also like the art notes that appear in every panel of a comic book script.