Archive for the ‘Science Fiction’ Category

The E.T. Little Golden Book is out NOW! 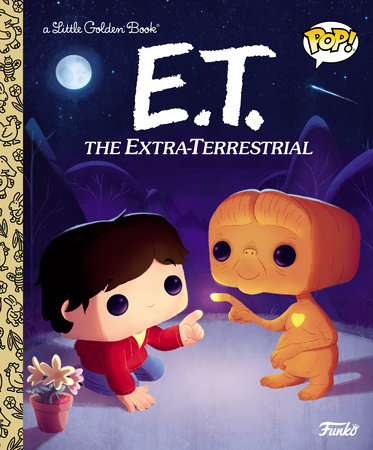 Hey, everyone! The E.T. Little Golden Book, written by yours truly, came out today from Penguin Random House. It’s an adaptation of the iconic 1982 film E.T. the Extra-Terrestrial, written as a Little Golden Book for very young readers. The book was published to commemorate the 40th anniversary of the movie. I think the book really turned out well and I’m very proud of it.

The E.T. Little Golden Book was illustrated by Chris Fennell, who did a fantastic job.

Recently, I wrote the story bible, the plot outline, and all of the character dialogue for the video game Dame Time: Ogden, developed by MetaVenture Studios, the gaming division of Grow Your Base. Dame Time: Ogden is a puzzle-filled adventure game, it’s exclusive to the Sandbox Metaverse, and it will drop as part of the Sandbox Alpha Season 3, which launches on Wednesday August 24th, 2022.

The Sandbox is a virtual gaming world. You can find out more about it HERE.

But I know why you’re REALLY here. You’re here to see the trailer for Dame Time: Ogden, aren’t you? Well, here it is:

And here’s the official description of the game:

“Dame Time: Ogden is an escape room and obstacle course adventure game, which also includes elements of fighting, platforming, parkour, and action. It is a narrative-driven game that mixes genres and also includes several ‘Easter Egg’ collectibles to find.

The player experiences the game through the eyes of US basketball star Damian Lillard, aka ‘Dame,’ while he is attending Weber State University in Ogden, Utah on a basketball scholarship.

After his harrowing exploits in Oakland, Damian arrives at college and is rejoined by some familiar faces – like the Clockmaker and Anzu, the cute demon helper.

Damian is attending Weber State University in Ogden, Utah on a basketball scholarship. This scholarship is one of the last sports programs available in this alternative universe dubbed ‘The Unfinished World’ – a world dominated by half-finished buildings covered in scaffolding – the product of an advanced but collapsed economy. Damian once again runs into the enigmatic Whisperer, who seems determined to cause as much trouble for Damian as possible, as he discovers just how much influence and power the Whisperer wields.

While exploring hidden passageways and mysterious secrets below the campus, Damian uncovers another abandoned lab yielding more information about Dominic Hatch, the mysterious ‘L12 organization,’ and evidence of strange happenings on the moon.

Can Damian get to the bottom of the Whisperer’s plots and uncover the truth about L12? Are they connected? Where on Earth will this rabbit hole lead him next?”

And to find out more about The Sandbox Alpha Season 3, go HERE. 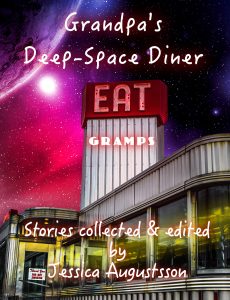 Recently, I wrote a short story called “It’s Hard To Be A Food Critic Who’s Also A Sin-Eater!”

It was published in an anthology called Grandpa’s Deep-Space Diner, which is out now!

The book was edited by Jessica Augustsson and published by the folks at JayHenge Publishing.

As you might be able to tell from the title, “It’s Hard to Be…” is about a food critic who’s also a sin-eater. The story is written as a restaurant review.

Grandpa’s Deep-Space Diner is a collection of food-related sci-fi and speculative fiction.

Here’s how Jessica describes the book:

“My grandpa had a drive-in diner in Rupert, Idaho in the 60s called Chuck’s In-and-Out. It was well known and all the kids went there. My aunt served the burgers (sans roller-skates—Grandma put a stop to that notion!) and Grandma made the best french fry sauce in the galaxy. Grandpa taught me that food, from the production to the preparation to the partaking, could be a simple personal pleasure or a means of bringing groups together in a shared meal. From growing produce in a magical garden, to serving up an exotic burger in an interstellar mall, join us in the delightful, delectable, and sometimes dismal flavors of these speculative fiction food stories!” 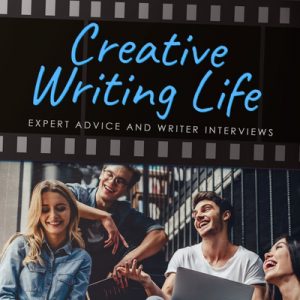