Horrifically-Relevant Things I’ve Written (And In One Case, Illustrated)

In honor of Halloween (and totally NOT in honor of me being a shameless self-promoter), here are five of the horror-themed projects I’ve worked on over the years, all of which (except the last one) are on sale now:

1) PARANORMAL STATE: POISON SPRING: As I’ve mentioned on this site’s “Game Writing” page, I wrote the screenplay for the

Paranormal State: Poison Spring video game, which was produced by Legacy Games in 2013. You can watch a trailer for the game here.

2) THE DOCTOR STRANGE LITTLE GOLDEN BOOK: I’ve written a few Little Golden Books over the past couple of years. The Doctor Strange Little Golden Book was the first one. It was published by Penguin Random House in 2017, and it was illustrated by Michael Atiyeh and Michael Borkowski. 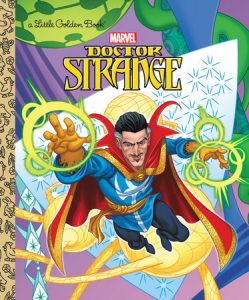 3) SIMPSONS TREEHOUSE OF HORROR: GRAVEYARD SHIFT: From 2008-2018, I wrote various stories for (the recently-shuttered) comic book publisher Bongo Comics. This was one of them. It was a story published in 2015’s Simpsons Treehouse of Horror #21, and it was called “Graveyard Shift.” “Graveyard Shift” was the cover story in that issue, meaning that the cover depicts a scene from that story. As you might be able to tell, it’s a parody of the 1984 film Gremlins.

4) TALES FROM THE CRYPT: JUMPING THE SHARK: As I mentioned on this site’s “Comic Book Writing” page, I wrote the story “Jumping the Shark” for issue #6 of the late 2000s relaunch of Tales from the Crypt, published by Papercutz. You can read the story now in the

trade paperback Tales from the Crypt #4: Crypt-Keeping It Real.

5) MONSTERFONT: A DECORATIVE TYPEFACE: Okay, this is just something I drew for my own amusement, and it hasn’t been published anywhere. Over the years, I’ve drawn one-panel gag cartoons for various publications (e.g. Nickelodeon Magazine). I haven’t posted any of those cartoons on this site, but I will soon. UNTIL THEN, please enjoy “Monsterfont, A Decorative Typeface.” 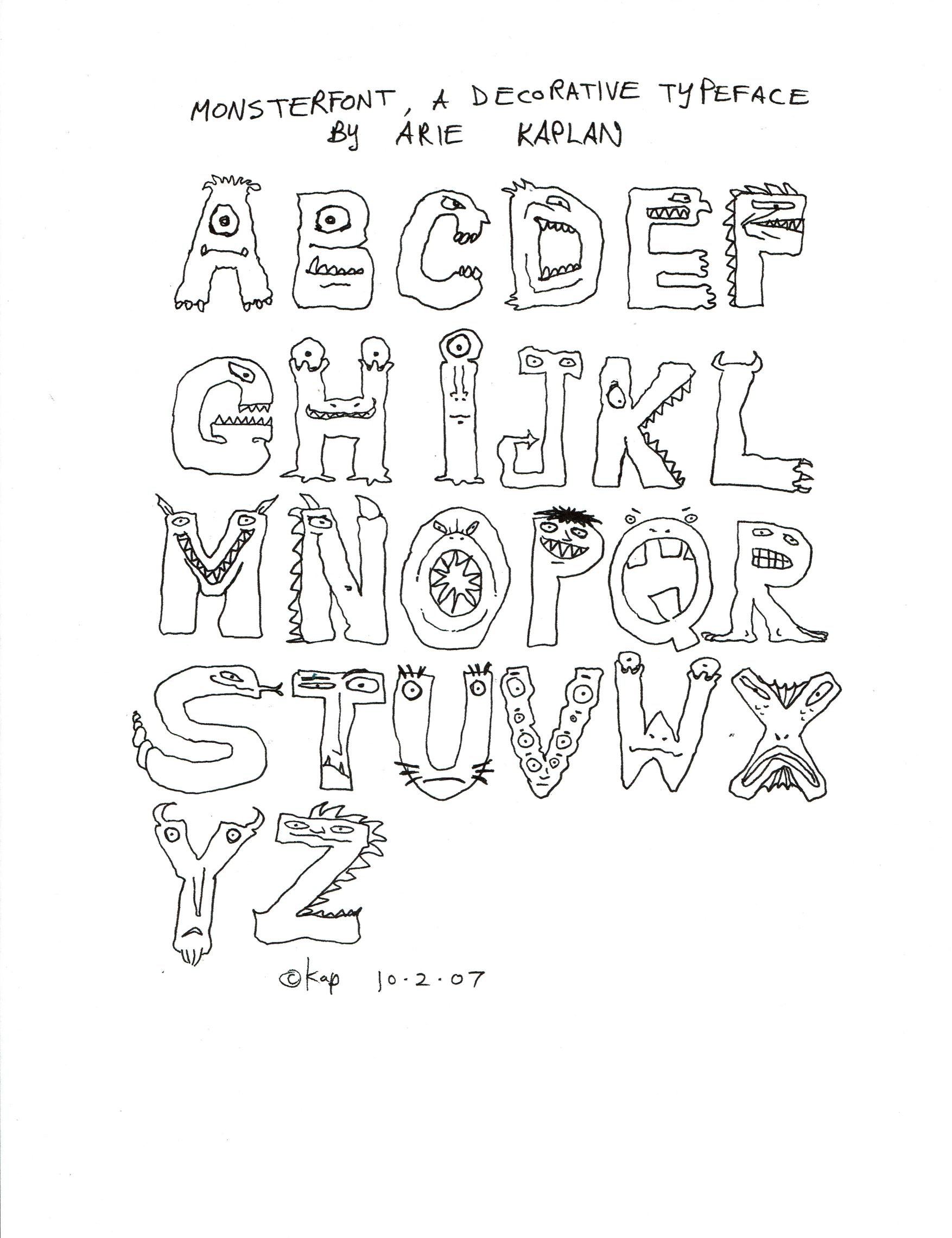