When I first embarked on a career as a professional writer, I immediately began picking up some freelance gigs writing for magazines. For those who don’t know, magazines are like the Internet, but made from dead trees! Weird, huh? But we’re talking about print AND online magazines here, of course. As a magazine writer, I’ve written humor articles (most notoriously for MAD MAGAZINE but also for NATIONAL LAMPOON and JEST), but I’ve also written celebrity interviews, profiles, essays, reviews, and long-form pieces. So my career as a magazine writer kind of runs the gamut, and I still write magazine articles from time to time. It’s something I enjoy doing, and as long as magazines exist, I want to be someone who contributes to them. Here are some of the magazines I’ve written for over the years:

Tiger Beat (and other Teen Magazines) 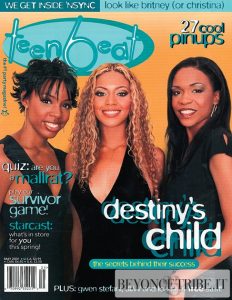 Some of my first-ever bylines appeared on articles for teen magazines like TEEN BEAT, BOP, and yes, TIGER BEAT. Back in 2001 (the year, not the movie), I wrote a little bit of everything for those magazines, but mostly I wrote entertainment journalism, focusing on pop stars such as Beyonce, Justin Timberlake, and Britney Spears. Writing for these teen magazines (internally they were often called “tween magazines,” to be more precise) taught me that I was good at writing about music, which directly led to a gig writing jokes and comedy bits for MTV’s fondly-remembered music video countdown show TOTAL REQUEST LIVE (aka “TRL” – that was my first writing credit on a TV show). It also led to my decision to write several early MAD MAGAZINE pieces which parodied pop music or hip-hop. And many years down the line, it led to my writing a YA nonfiction book for Lerner Publishing Group, titled AMERICAN POP: HITMAKERS, SUPERSTARS, AND DANCE REVOLUTIONARIES (2013). Here’s the cover of the May 2001 issue of TEEN BEAT. I wrote that issue’s cover story on Destiny’s Child. Who (or what) was Destiny’s Child? Ask your parents. Or maybe go read a book!

Back to Top
I’ve only written one piece for ENTERTAINMENT WEEKLY (as of this writing), and it was back in 2001. It’s pretty short, too (a half-page), but it occupies a special place in my heart because it’s got such a loopy premise: I had noticed that Samuel L. Jackson had a different hairstyle in nearly every one of his movies. Especially when you’re talking about films like PULP FICTION, UNBREAKABLE, THE NEGOTIATOR. In each of those films, he’s wearing a completely different hairdo. So I went all over Manhattan for two days and interviewed celebrity hairstylists to find out what they thought about Samuel L. Jackson’s hairstyles in some of his most iconic films. And EW bought it! How weird is that? I think it also helped that – around the time I wrote this piece – Jackson starred in a film called CAVEMAN’S VALENTINE, in which he debuted yet another completely different hairstyle. In those days, ENTERTAINMENT WEEKLY had this section called “Flashes,” where they’d run humor pieces, or pieces that were sort of humor-ISH. This piece fit the bill. It was called “Brushes With Fame: Samuel L. Jackson’s Hair.” Here’s the version that ran on the ENTERTAINMENT WEEKLY website, but the version in the print magazine looked WAY better, because there were actual PHOTOS of Samuel L. Jackson in his many iconic roles alongside these quotes. And I think that makes all the difference:

I was a blogger for AMC’s website in 2008 and 2009. I blogged about science fiction movies and horror films, but mostly I wrote about the 1960s television series THE PRISONER (and its 2009 relaunch as a miniseries). I’m an expert on THE PRISONER (for a very brief period, I was even slated to write a PRISONER manga for another publisher, but that’s a WHOLE other story) so I wrote articles on everything about the show, from episode synopses to trivia quizzes to pieces examining the show’s unique ad campaign. I also covered the San Diego Comic Con for AMCtv.com (as the site was then known) in 2009. That basically entailed running around Comic Con interviewing both attendees and celebrity guests for various blog posts which would be posted on the site’s “Horror Hacker” and “Sci-Fi Scanner” blogs. These days, neither of those blogs live on AMC’s site anymore, and the site itself is now called “AMC.com” rather than “AMCtv.com.” However, some of the blog posts I wrote (some, not all, mind you) are still up on the site. Here’s my capsule summary of the 1960s PRISONER series, for anyone who’s never seen the show:

The Original 1960s Series in a Nutshell 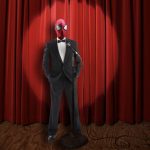 So far, I’ve only written one piece for SLATE, but I hope to write more for them in the future. Anyway, the one SLATE article I wrote examined that eternal question: “Is Spider-Man Jewish?” In 2014, when I wrote this piece, Andrew Garfield was starring in AMAZING SPIDER-MAN 2, and he had told TIME OUT NEW YORK that Spidey is Jewish, even though the web-slinger’s religion is never mentioned in that film. (Neither is his ethnicity, for that matter.) Andrew Garfield himself is Jewish, and the way he tells it, that informed his interpretation of the character. And novelist/comic book writer Michael Chabon had told TIME Magazine, many years ago, that Spidey is a “crypto-Jew.” So it seemed like there was actually something solid that I could latch onto with this piece. So…IS the wall-crawler Jewish? Read this piece and find out:

For This You Got Irradiated?

Back to Top
I’ve written a couple of book reviews for THE JEWISH REVIEW OF BOOKS, and I hope to keep freelancing for them. Here’s an excerpt of one of the reviews I wrote for JRB: 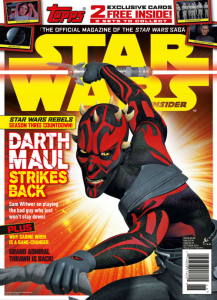 In 2016, I wrote a piece for STAR WARS INSIDER #168. The article explored MAD MAGAZINE’s history of lampooning STAR WARS. When I was writing the article, I interviewed a colleague, Jonathan Bresman, who has the unique distinction of being both a former MAD editor and a former Lucasfilm staffer. So he has an interesting perspective, and can speak with authority on what MAD and STAR WARS have in common. I think the article came out rather well. And of course, it helps that I’ve written many articles for MAD over the years. I wrote this article around the time I finished writing my first two LEGO STAR WARS books (FACE OFF and THE OFFICIAL STORMTROOPER TRAINING MANUAL), both of which are out now from Scholastic.