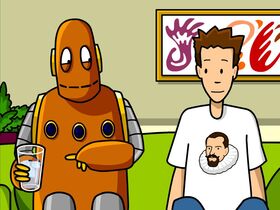 In 2015, I was hired to write a handful of animation scripts for BrainPOP. Each of the BrainPOP movies I wrote had a runtime of somewhere between 5-8 minutes. One was about the life of Henry Hudson (and why so many bodies of water are named after him). And one was about African-American deputy U.S. Marshall Bass Reeves, one of the most fascinating heroes of the Old West and a somewhat mythic figure (some historians think he was the inspiration for the Lone Ranger). 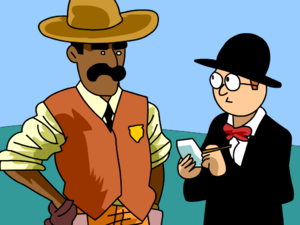 I wrote a few other BrainPOP movies, including one about Particle Accelerators and one about George Washington Carver. Whenever I wrote a BrainPOP script, I’d do quite a bit of research on the subject at hand, and I always had fun layering each script with slapstick comedy moments and sight gags. Even though this is the “Television Writing” section of my site, the BrainPOP movies never aired on television. However, they’re distributed to classrooms worldwide, and I’m very proud of the BrainPOP movies I wrote.