When I was in second grade, my teacher Mrs. Alstein assigned us Charlotte’s Web. I hadn’t expected to enjoy reading the book, but I quickly found myself becoming engrossed in the story. The characters were well developed, and the central narrative was emotionally involving. There’s a reason the book’s so beloved, you know?

However, toward the end of the school year, I suppose as a reward for making it all the way through the book, Mrs. Alstein decided to show us the animated Charlotte’s Web movie from 1973. Now, if you haven’t seen that particular film, it’s not a bad movie overall, and it’s pretty faithful to the source material. However, the screenwriters also decided to add in a few slapstick-heavy comic relief sequences.

But even as a 7-year-old kid, I found those scenes REALLY hard to get through. I remember specifically, there was some scene featuring Templeton the rat, voiced by Paul Lynde. And if you don’t know who Paul Lynde was, I don’t know, Google him. For pretty much his whole career, Paul Lynde could be relied on to give the most cartoonishly broad performances imaginable. That was kind of his thing. So most of the slapstick comedy in the film was written around his character, Templeton. And there was one particular scene where Templeton is – I don’t know – ranting and raving about how he’s eaten too much junk food and has a bellyache or whatever. And every sentence out of his mouth is a joke, and it’s a HORRIBLE joke. A horrible, labored, predictable, hacky, lazily-written joke. And everyone in the class is just laughing their damn heads off. They’re eating the stuff up, the little 7-year-old sheep. But not me. I’m sitting off in the corner, sulking. And Mrs. Alstein notices this and asks, “What’s the matter, Arie? Don’t you like the movie?” And I just stared at her imploringly and yelled, “It’s just not FUNNY.” 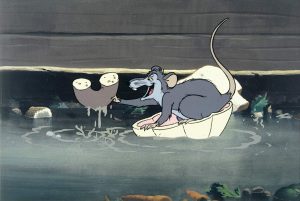 So. Make of that what you will. That either means that I was a MASSIVE snob from day one, or that I had really high comedic standards, even in second grade. I prefer to think that it was the latter, and not the former.

When I was watching all of the other students laughing at Templeton’s onscreen antics, I kept thinking to myself, “Why do they think this stuff is funny? I could’ve seen that punchline coming a mile away. Don’t these kids have STANDARDS?” 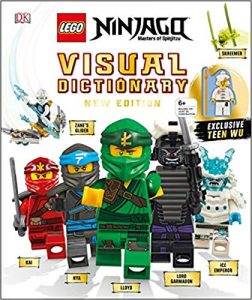 The LEGO Ninjago Visual Dictionary, co-written by yours truly (not to be confused with Charlotte’s Web)

Yes. “Don’t these kids have standards?” That’s how I was thinking about the world at 7 years old. Did I mention that I didn’t have very many friends in elementary school?

But now that I have a child myself, I see some of those same qualities in HER. As I type this, my daughter Aviya has just turned 9. (Today is her birthday.) She and I were recently discussing an animated series proposal I’d sent to a couple of television networks. See, in addition to my work as an author, I’m also a television writer. And usually I work on other people’s shows. But sometimes I’ll put together a proposal for my own series and shop it around. In this particular case, the proposal didn’t end up generating any real interest from the networks. However, when I told my daughter about the proposal, she loved it. I don’t want to say what it was about. Let’s say it was about vampire bats who were also sentient baseball bats. (NOTE: That’s not at all what it was about, but you already knew that.) Anyway, when Aviya heard that the networks all passed on my brilliant idea, she said, “You’re KIDDING me! You mean that they put a show about TALKING DOGS on TV (I think she meant Paw Patrol), but they won’t put your show about Vampire Bats on the air, even though it’s MUCH more interesting?! Who CARES about talking dogs!” So, in essence, she was saying, “Don’t these network executives have STANDARDS?”

Me with my daughter Aviya, during a book signing at the 2019 New York Comic Con